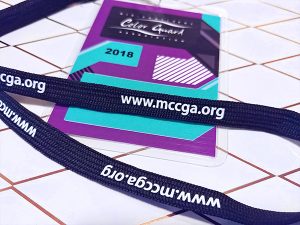 The Mid Continent Color Guard Association will be hosting 2 season premier events on January 27, 2018, where each event will be adjudicated by 2 All-Female judging panels.

“It has always been a goal of mine to have an all-female panel of judges, but to have two, on the same day is epic!” said Billy Saccomanno, Chief Judge of the Mid Continent Color Guard Association (MCCGA), and WGI Adjudicator. One of Saccomanno’s responsibilities as Chief Judge for MCCGA includes the contracting of all color guard judges for the MCCGA circuit.

Saccomanno continues that “The judging community has been predominantly composed of men for decades, and it couldn’t be a more perfect time in our activity for the emergence of more female adjudicators, it is long overdue. Not only is it important for our female performers, who are the majority that we serve, to see that they are represented when performing into the stands but it is also crucial that these female adjudicators share in the development of the students and programs in our pageantry world.”

Duane Williams, MCCGA President states “In all my years teaching in different circuits and at the WGI level, I have never seen this and I am beyond ecstatic!  Thanks to Billy for his hard work in making this happen.”

For more information on the Mid Continent Color Guard Association, please visit their website at:  www.mccga.org